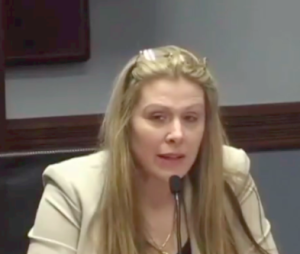 Ann Noonan made her appeal at an open BBG board meeting in Washington, D.C. on February 26, 2016.

Laogai Research Foundation Executive Director Harry Wu joined thousands of Tibetans  and Tibet supporters from across Europe gathering in Paris for a major rally on March 14, 2015, to express solidarity with Tibetans in Tibet.

The Tibetan Communities and Tibet Support Groups in Europe organized the rally with the main slogan Europe Stands with Tibet. 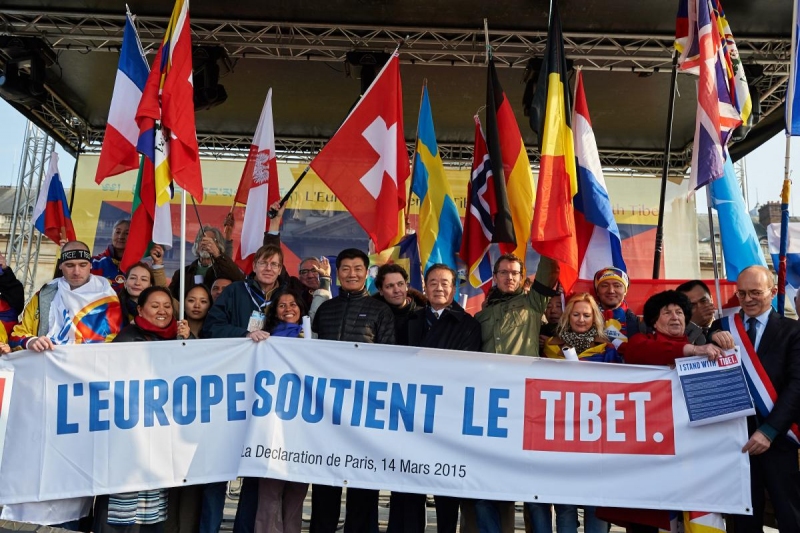 President Barack Obama and the Dalai Lama attended the National Prayer Breakfast today at the Washington Hilton. The annual event draws thousands of political and spiritual leaders from across the world. Because of the event’s sheer size, and because of the sensitive diplomatic triangle that encompasses the unique political interests of Tibet, China, and the United States, it is unclear if President Obama and the Dalai Lama were afforded the opportunity to share more than simple pleasantries.

This week’s special report from Freedom House, titled “The Politburo’s Predicament,” is an enlightening report on the worsening state of human rights in China. The report notes the variety of tactics that the CCP has used recently to protect its power. Specifically, the report argues that expanded targeting, reviving Maoist practices, and “concentrating power at the very top” headline the Party’s recent repressive tactics.

Five Tibetans are reported dead after police opened fire at protesters in southwestern Sichuan province on Monday. The protests erupted after police detained a respected leader who disagreed with authorities over the harassment of female community members by local officials and the enactment of measures prohibiting local festivals.

In Dzoege (Chinese: Ruo'er'gai 若尔盖) County in Sichuan Province, authorities announced harsh measures intended to punish the families of self-immolators and the monasteries to which they belong. Under the new regulations, family members of self-immolators will be subject to criminal sanctions and the deprivation of political rights, government employment, welfare benefits, home ownership, the ability to start a business, and traveling privileges.

A recently drafted white paper issued by the Chinese government reiterates that China has no intention on altering its "correct" policies on Tibet. China has ruled Tibet with an iron-fist since the Communist Party "liberated" Tibet in 1959, trampling on traditional Tibetan culture, language, religion, and environment.

The white paper comes in the midst of widespread protests within China against Communist Party policies in Tibet. Since 2009, over 120 Tibetans have burned themselves alive in protest of Chinese government repression.

A Chinese court reportedly sentenced Washul Dotruk to 10 years in prison for his alleged involvement in a self-immolation in December 2012. Dotruk was an active community leader who had been arrested in 2008 for allegedly leading a protest against the Chinese government.

Spain’s National Court formally indicted former Chinese President Hu Jintao on genocide charges. The charges relate to alleged crimes against humanity he committed against Tibetans while serving as President of China from 2003-2013 and Party Secretary of Tibet from 1988-1992. Hu Jintao no longer enjoys diplomatic immunity after retiring form politics.