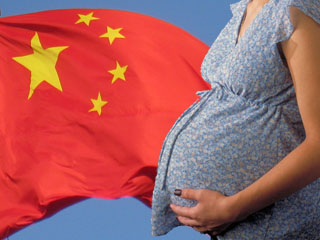 Since the early days of communist rule, the Chinese government has sought to curb population growth within the country. During the 1950s, Communist Party leaders first suggested that population growth should be limited through legislation. Despite expressing such intent, efforts to implement laws regulating population were stalled by the Great Leap Forward and the Cultural Revolution, two disastrous campaigns that devastated China. As the Cultural Revolution wound down in 1975, Mao Zedong reasserted his desire to curb population growth. It was not until 1980, however, a time when China was becoming much more economically and politically open, that the government implemented the One-Child Policy, an extraordinarily intrusive law that limited ethnic Han Chinese citizens to one child per couple.

Under current family planning policies, married couples must obtain a birth permit from the government before having a child. Until 2013, couples were generally limited to one child. In most provinces, ethnic minorities have been exempted from the one child limitation. Depending on the jurisdiction and whether the parents met certain conditions, ethnic minorities have been permitted to have two or sometimes three children. In addition, in some larger cities, Han Chinese parents who were both only children themselves were permitted to have two children. In 2013, the government announced reforms permitting parents throughout the country to have two children as long as at least one parent was an only child.

Chinese family planning authorities and public security forces have vigorously and sometimes violently enforced birth restrictions. Couples who have more children than permitted face heavy fines, referred to as “social maintenance fees,” which often exceed the average annual per capita income in many parts of the country. Children who are born without permission from family planning authorities are also sometimes denied “hukous,” residential permits that are necessary in order to obtain social benefits such as access to education, health care, and pensions. Authorities also sometimes violently attack couples who do not comply with birth restrictions. In one highly publicized case, local family planning authorities kidnapped a pregnant woman who refused to pay social maintenance fees. They detained her for three days, during which time they forcibly aborted the couple’s seven-month-old fetus. In March 2013, family-planning authorities demanded that Shen Hongxia, a Hebei native, undergo surgical sterilization. Despite the fact that a doctor had declared her medically unfit for such a procedure, family-planning authorities forced her to undergo surgical sterilization. Shen later died as a result. 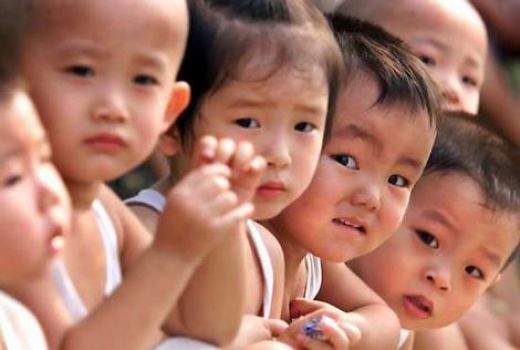 In addition to engendering horrific human rights abuses, family planning policies have had detrimental demographic consequences. Although the Chinese government has outlawed sex-selective abortion, cultural pressures have compelled many couples to abort female fetuses. As a result, China’s sex ratio is severely imbalanced, with 117.7 males born per every 100 females. The UN Population Division estimates that China will have a surplus of 30-40 million men of marriageable age by 2020. This skewed sex ratio likely contributes to the trafficking of females who are sold into prostitution to serve men unable to find a partner. In addition, China’s fertility rate has declined to 1.5 births per woman, below the replacement rate of 2 births per woman, and far below the rate in 1949 of 6.1 births per woman. This sharp decline in the fertility rate threatens to severely strain social services and future economic development as the number of working-age Chinese will pale in comparison to the number of retirees.

In response to these demographic challenges and growing societal resentment of birth restrictions, Party leaders announced proposed changes to family planning policies in November 2013. Under the new regulations, couples will be permitted to have two children if at least one parent is an only child. Although an improvement over previous regulations, government authorities still retain control over a family’s most personal and intimate of decisions. Furthermore, as Chinese law still does not provide citizens with meaningful legal recourse against officials who violently force couples to have an abortion, local family planning authorities will likely continue to abuse people who do not comply with birth restrictions.