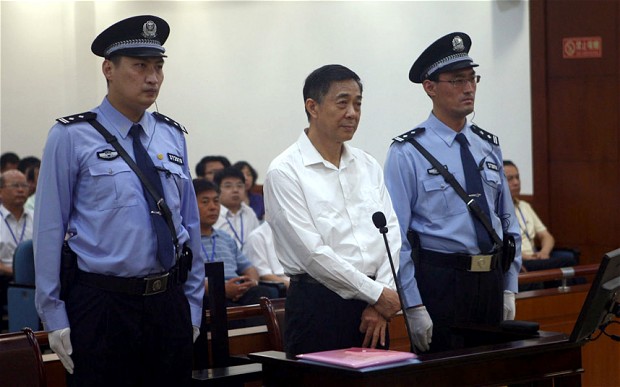 “We must firmly establish, throughout society, the authority of the Constitution and the law.” This was not the rallying cry of a Chinese dissident encouraging fellow activists from behind bars, but rather a statement issued last year by current Chinese President Xi Jinping on the need to enhance the rule-of-law in order to effectively tackle corruption. Xi followed this lofty rhetoric with an expansive anti-graft campaign, purportedly targeting officials at all levels of government, from low-level “flies” to high-ranking “tigers.”

According to some, the sentencing of Bo Xilai, the notorious former Chongqing Party Secretary and Politburo member, to life in prison demonstrates that Xi has made strides cracking down on corruption through enhancing the rule-of-law. Never mind that Bo was denied his choice of counsel. Never mind that Bo’s verdict was determined long in advance. Never mind that Wang Xuemei, a top government forensic scientist who criticized Bo’s wife’s murder conviction as based on faulty and insufficient evidence, resigned in protest ahead of Bo’s trial, citing the “ridiculous” and “irresponsible” standards for admitting evidence in Chinese courts. To some observers, the mere application of criminal procedures apparently represents meaningful progress. 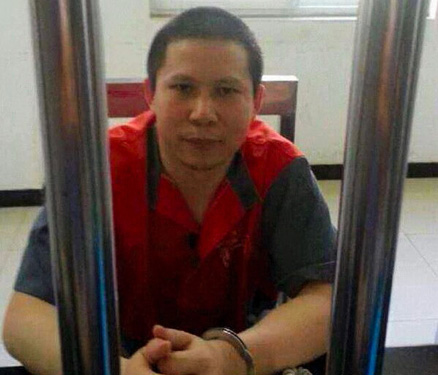 The prosecution of these two very different men points to the same conclusion: Xi’s pledge to implement rule-of-law reforms and tackle pervasive corruption is hollow and disingenuous. His campaign has only helped him consolidate power and gain popular legitimacy.

Despite Xi’s colorful metaphors and stern rhetoric, he has mostly focused on swatting low-level flies lacking protection from powerful political patrons. To the extent he has gone after high-ranking officials, such arrests have advanced important political objectives. In Bo Xilai, Xi eliminated a potential political rival who had proven adept at amassing political capital through mobilizing grassroots support, which enabled him to build a power base independent from the Party’s internal political power structure. His incarceration also provides Xi with a high-profile caged tiger to showcase the legitimacy of his anti-corruption efforts and serves as a warning to cadres who might challenge him.

The government has, however, effectively and systematically detained rights advocates, including dozens affiliated with Xu’s New Citizens Movement. Under Xi’s nascent tenure, Chinese authorities have formally arrested as many as 100 activists for advocating the rule-of-law and constitutionalism. Police beat, arrested, or otherwise detained 44 lawyers in July alone. In the weeks following Xu’s arrest on July 16, Uzra Zeya, a senior US diplomat, remarked that she “continued to see a deterioration in the overall human rights situation in China,” noting the growing trend of detaining and harassing human rights activists and their families.

In arresting Xu, the government silenced a leading voice for implementing rule-of-law reforms; measures aimed at creating an independent judiciary that would impartially administer justice and enforce the substantive rights of citizens. Far from working to establish a more robust, less politicized legal system, Xi has strengthened his control over the Central Political-Legal Committee, the organization in charge of China’s public security and legal apparatus. Perhaps predictably, Xi grabbed the reigns of this immensely powerful committee under the guise of curbing local abuses of power. Rather than enhancing the institutional integrity of China’s judicial system, Xi has merely used the shield of criminal procedure as a sword to attack political opponents and civil society activists.

Taken at face value, Xi’s efforts to tackle corruption through promoting the rule-of-law have been a failure. Viewed as a means to solidify power, however, his anti-graft crusade has proved remarkably successful. Under the pretext of cracking down on corruption, Xi has managed to strengthen his grip over the military, the public security apparatus, and the courts, the so-called “mountain tops” (shantou) of power within the Party. In addition to gaining greater administrative control over key institutions, Xi’s initiatives provide him with a means to test the loyalty of cadres charged with implementing and abiding by central government directives.

Chinese leaders have long launched campaigns over politically sensitive issues, such as corruption, in order to quell political opposition and consolidate power. Mao Zedong justified his devastatingly violent political purges by stressing the need to struggle against corrupt and reactionary “flies” and “tigers.” Former President Hu Jintao targeted Shanghai Party Secretary and Politburo member Chen Liangyu in a 2006 anti-corruption campaign aimed at tightening his grip on power by weakening former President Jiang Zemin’s power base in Shanghai. Emphasizing the scope of the campaign, Hu asserted, “No matter how high their positions are, anyone who violates party rules or national law will be severely investigated and punished.” Xi has used almost identical language in calling for wide-ranging investigations. In light of historical realities, Xi’s “tigers” and “flies” are perhaps best viewed as sacrificial lambs.

Vowing to fight corruption through strengthening the rule-of-law is also an effective PR campaign for domestic and international consumption. On the domestic front, appearing to vigorously attack corruption bolsters Xi’s perceived strength and legitimacy. Targeting low-level officials also enables Xi to shift blame for government corruption on local officials, a strategy that resonates with ordinary Chinese by tapping into historical animosity toward local governments. Paying lip service to promoting the rule-of-law appeals to Chinese liberals and international observers.

The prosecutions of Xu Zhiyong and Bo Xilai, however, expose the hollowness of Xi’s campaign. We should not confuse empty rhetoric and the observance of mere procedural formalities for substantive change.