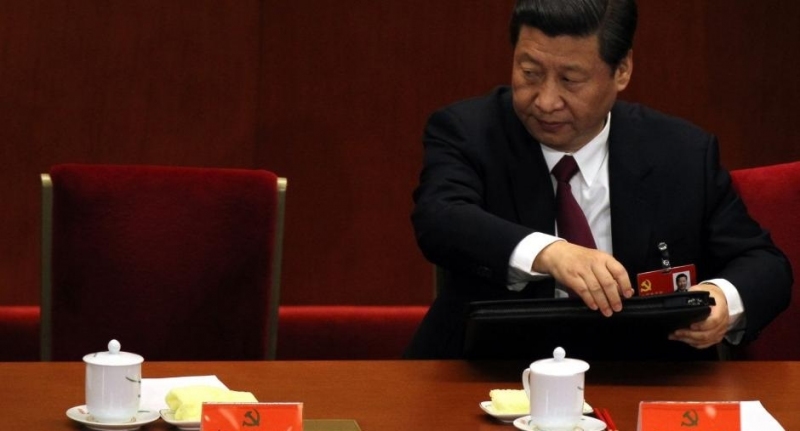 “Like the fall of Bo Xilai before it, last week’s announcement of a disciplinary investigation into former security chief Zhou Yongkang has been hailed by state media as a demonstration of China’s rule of law. Such a conclusion, even given Beijing’s idiosyncratic interpretation of the phrase, is at least premature,” writes China Digital Times’s Samuel Wade. “Discussing the subject with Jeremy Goldkorn and David Moser on the Sinica Podcast last Sunday, George Washington University law professor Donald Clarke pointed out that the case has not even reached the level of rule by law. No judicial proceedings against Zhou have yet begun, and it is “likely” but “very hard to say” whether they ever will. The Party disciplinary organs that have brought the case this far have no legal foundation, even though this could easily have been created.”

Wade continues his article with quotes from several commentaries discussing the Zhou Yongkang case and what it means for rule of law, neatly summarizing the debate on the topic. Wade’s initial observations are particularly insightful. In straightforward terms, he explains the relationship between recent events and rule of law principles. His brief summary also shows the limited amount of information available to observers. In such a high profile case, this dearth of information hints at a lack of transparency rather than a commitment to rule of law principles.

The announcement of Zhou Yongkang’s disciplinary investigation inspired countless articles, editorials, opinion pieces, and commentaries addressing the case from nearly every conceivable angle and viewpoint. On one side, the Chinese media has issued blanket statements of support for Xi’s “genuine commitment” to combating corruption. Critics, however, have taken the Party to task for their selective enforcement of existing laws.  Although critics have history on their side, the struggle to reveal the politicized nature of the persecution campaign is a testament to the sophistication of Xi’s anti-corruption drive and propaganda efforts, not the Communist Party’s commitment to advancing the rule of law. Despite all the exposure this case has received, the clearest conclusion is that we remain in the dark. Opaque legal proceedings are the antithesis of rule of law.

The inability to pinpoint specific due process violations does not indicate that the Communist Party has gained a newfound respect for rule of law. Rather, the mystery that surrounds Zhou Yongkang’s investigation suggests that China continues to rely on secrecy as a means to control criminal proceedings. In this particular case, even the role of shuanggui, the epitome of secretive Communist Party investigative techniques, remains unknown.

If that weren’t enough, according to George Washington University Law School professor Donald Clarke, the Supreme People’s Court has already announced that Zhou violated state law, despite the fact that the procuratorate has not even issued an indictment.  Such statements demonstrate that China’s highest court has dispensed with any notions of judicial impartiality. Expectations that Zhou would receive due process protections such as choice of counsel, the ability to confront witnesses, a public trial, and freedom from the admission of coerced or overly prejudicial evidence seem fanciful. Guilt is assured.

The Communist Party’s efforts to brand themselves as champions of rule of law are not only disingenuous but dangerous. Applying the veneer of legal legitimacy as cover for a political purge provides fodder for propagandists to deceive casual observers. We should not conflate rule of law and “rule of law with Chinese characteristics.” As Pin Ho and Wenguang Huan of Politico note, “In reality, the Party has never intended to rule China by law because an independent judicial system would threaten its monopolistic rule. China’s legal system has been used to serve the interest of those in power and punish political opponents and dissidents. As a consequence, no one feels safe, not even those who are in power now. In Xi Jinping’s China, those who are investigating Zhou today could just as well end up in jail tomorrow.”